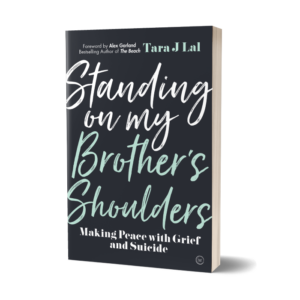 Standing on my Brother’s Shoulders is a memoir, a dialogue between my brother and I that traces my journey of transformation through grief. It takes the reader on my path of loss and hopelessness to awareness, fire fighting and ultimately to freedom from the past with warmth, humour and compassion.

This is the story of my search for peace and understanding and the convoluted journey I took to make sense of my life.

I hope that my story and my experiences may give hope to others to find growth through adversity.

I started writing my book Standing on my Brother’s Shoulders in 2009. It has now been published in UK, Australia, France and China and has been re-released as an updated edition in 2020.

Throughout my childhood our father suffered from crippling mental illness which robbed him of any pleasure in life and us of our father. When I was eight our mother was diagnosed with cancer and our family buckled under the pressure. Five years later she died and our family disintegrated. Our father was admitted to a psychiatric hospital and we were left parentless adolescents.

I turned to my handsome, compassionate, caring fifteen year old brother. He grieved silently through his writing, wrestling relentlessly with the turmoil of his emotions. Four years after our mother’s death, in his first semester at Oxford University, my brother took his own life. I was thrown into a maelstrom of grief that threatened to engulf me and I become haunted by the question Why?

The depth and extent of the wounds that I carried drove me to search for peace, for connection, for understanding, for meaning and for purpose. In 2009 my quest led me to begin writing my life story down. As the writing unfolded I began to feel an overwhelming sense that somehow by telling my and my brother’s story between us we could shine a light for others as they navigated their darkest days.

My book is available to order at all good bookstores, or you can find it online at the following retailers: 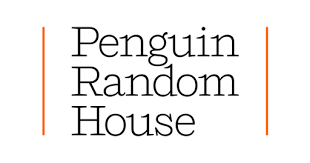